When we store up the Word in our vessels, the Holy Spirit can bring all these things to our remembrance (John 14:26) and help us rightly divide the Word of Truth, and give us grace in the right path, Then when it comes to investigating a new topic, we should already be acquainted with certain passages that help us grasp the subject, having a goodly background.

"Thy name is as oil poured forth, therefore do the virgins love you." Song of Solomon 1:3 [Shemen is translated "oil" about 164 times and "ointments about 13 times, compare also Isaiah 1:6 margin]

The 144,000 are called "virgins" because they have the unadulterated doctrine, the pure faith. We can glean a few of their characteristics from Revelation 14 and thus seek to be in that number. They definitely love the set-apart name, and understand it's importance, for it is "in their foreheads." John saw them on Mt. Zion, not the Mt. Zion on this earth, but the real Mt. Zion in heaven, because Scripture states they "were redeemed from the earth." Rev, 14:3. This Mt. Zion in heaven is the same which Lucifer said, "I will exalt my throne above the stars of EL: I will sit also upon the mount of the congregation, in the sides of the north." Isaiah 14:13 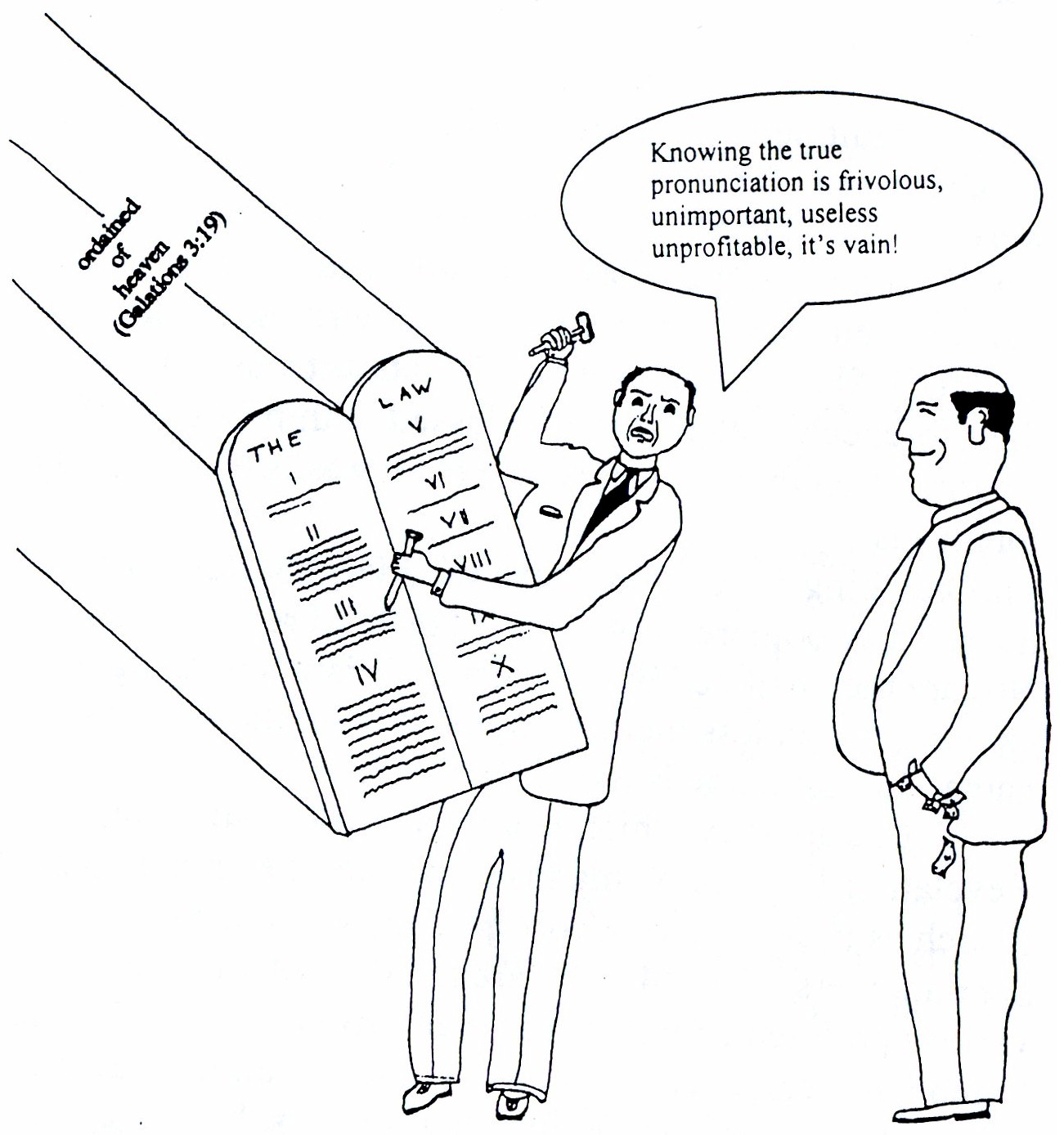 "The works of His hands are verity and judgment; all His commandments are sure. They stand fast forever and ever, and are done in truth and uprightness." Psalm 111:7-8

"And in their mouth was found no guile: for they are without fault before the throne of Elohim." Rev. 14:5 In other words, TRUTH was in their mouth. Their lives were the life of truth, because the Father's character (His law) is in their minds, they received a seal to that effect, thus on their crowns, as John saw, was written "Holiness to YAHUWAH". In other words, because it was first "in" their foreheads, later they are blessed with privilege of wearing it on their crown where the name is then "on" their foreheads.

One thing for certain, these wise virgins were not incensed or bothered nor irritated by a  name study. Nor are they irritated by brothers and sisters praising, and exalting, much less mentioning or singing the Father's name, for that name is like music to their ears.

These are they which were not defiled with women." Revelation 14:4. A woman is symbolic of a church, a pure church as in Jer. 6:2 or a corrupt church (Rev. 17:5) and her daughters. The 144,000 are not defiled with the various polluted churches and their errors; these follow the Lamb whithersoever He goeth. These do not look at the Bible through their denominational glasses, but instead, go by Sola Scriptura, letting Scripture be its own interpreter.

Ezra saw this same group of people that John saw. "I Esdras (Greek for Ezra) saw upon mount Zion a great people, whom I could not number, and they all praised YAHUWAH with songs. And in the midst of them there was a young man of a high stature, taller than all the rest, and upon every one of their heads He set crowns, and was more exalted, which I marveled at greatly. So I asked the angel, and said, "Sir, what are these?" He answered, and said unto me, "These be they that have put off the mortal clothing, and put on the immortal, and have confessed the Name of YAHUWAH: now are they crowned, and receive palms." (II Esdras 2:42-45)

Then said I unto the angel, "What young person is it that crowneth them, and giveth them palms in their hands?" So he answered, and said unto me, "It is the Son of El, whom they have confessed in the world." Then began I greatly to commend them, that stood so stiffly for the name of YAHUWAH." (II Esdras 2:46-47). This book, II Esdras, is missing from the Catholic Bible; their II Esdras is actually the book of Nehemiah.

From both accounts of John and Ezra, we see how the set-apart name was important to this blessed group of people. To them, knowing the set-apart name was not frivolous, unimportant, useless or vain. Nor did it side track them from Sabbath observance; as a matter of fact, it helped them to actually keep the day set-apart, since the Sabbath is to be kept in honour of His set-apart name. We are told in Exodus 23 how to keep the Sabbath set-apart: "And in all things that I have said unto you be circumspect: and make no mention of the name of other gods, neither let it be heard out of thy mouth." Ex. 23:13

"There is treasure to be desired and oil in the dwelling of the wise." Proverbs 21:20